Featured in The Star Newspaper on 8 August 2010 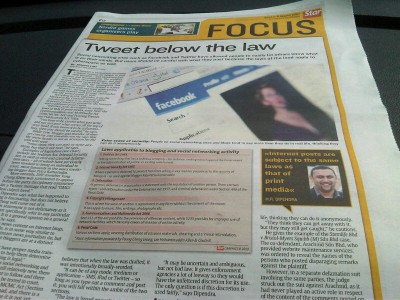 Social networking sites such as Facebook and Twitter have allowed people to easily let others know what is on their minds. But users should be careful with what they post because the laws of the land apply to cyberspace as well.

THE Internet is increasingly becoming a virtual soapbox for people to vent their thoughts – and sometimes frustrations and dissatisfaction. The proliferation of blogs, discussion groups, and more recently, social networking, have emboldened many – with the assumption that making comments from behind a screen shields them from any legal repercussion.

However, the long arm of the law extends beyond solid ground, and reaches into the virtual realm as well.

According to H.R. Dipendra, from the Malaysian Bar Council’s human rights committee, there is no distinction between comments posted on the Internet and traditional print media.

“Internet posts are subject to similar laws as that of print media, aside from the Communications and Multimedia Act 1998 (MCMC Act) and Printing Presses and Publications Act 1984. 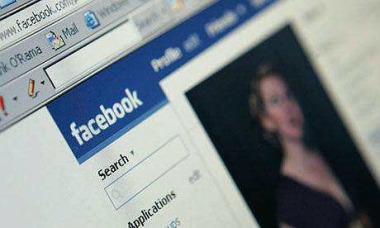 False sense of security: People on social networking sites and blogs tend to say more than they do in real life, thinking they can do it anonymously.

“You have to be careful what you write, and not just post what comes off the top of your head. If you know it to be inflammatory, then you should be careful,” he says.

Eddie Law, blogger and founder of elawyer.com.my and laweddie.com.my says that the www header is not an acronym for the wild wild west.

“Some think they can post or write anything, but that is not true,” he says.

Examples of legislation (see chart) include the Sedition Act, Internal Security Act, as well as civil and criminal defamation laws – all of which have previously been invoked to bring an individual to court, most famously in the cases involving blogger Raja Petra Kamarudin. 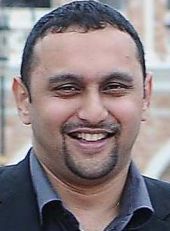 Dipendra says what has happened to Teng is fascinating, but does not believe anything will come out of it.

“His statement is not defamatory as it does not specifically refer to any particular person. It is a general opinion on a general matter,” he says.

Posting news content on Internet blogs, for example, is in some way similar to what mainstream news journalists do, but Law feels that bloggers are at a distinct disadvantage.

“They do not have proper media training or resources to help them determine what they are doing is legal.”

He opines that as social networking and blogging activity is still relatively new, there is little legal precedent to follow and there are many issues yet to be tested in court.

“The wording of the MCMC Act (Section 233 and 211) is very broad, and there is a lot of uncertainty. Because it is not yet tested, you can be snagged if its wording can be defined to suit your case,” he says.

Dipendra shares a similar opinion, and believes that when the law was drafted, it was intentionally broadly-worded.

“It can be of any mode, medium or application – SMS, iPad or Twitter – so long as you type out a comment and post it, you will fall within the ambit of the two sections.

“The law is broad enough to include everyone, even an innocent disseminator,” he says.

However, he does not think it is a bad law.

“It may be uncertain and ambiguous, but not bad law. It gives enforcement agencies a lot of leeway so they would have the unfettered discretion for its use. The only question is if this discretion is used fairly,” says Dipendra.

Foong Cheng Leong, from Lee Hishammuddin Allen & Gledhill’s intellectual property department, says that people tend to say more than they do in real life, thinking they can do it anonymously.

“They think they can get away with it, but they may still get caught,” he cautions.

He gives the example of the Stemlife Bhd v Bristol-Myers Squibb (M) Sdn Bhd case. The co-defendant, Arachnid Sdn Bhd, who provided website maintenance services, was ordered to reveal the names of the persons who posted disparaging remarks against the plaintiff.

However, in a separate defamation suit involving the same parties, the judge struck out the suit against Arachnid, as it had never played an active role in respect of the content of the comments posted on the website.

There was another case where the defamatory contents of a website were deleted, but the lawyers were able to find the offending page using archived pages on waybackmachine.com.

“Simply deleting the page is not a defence, as the damage may have already been done. In a way, it is like destroying the evidence,” says Foong.

However, Law says web service providers need immunity from content posted on their website, something that United States law provides for in Section 230 of its Communi­cations Decency Act.

Foong informs that a similar “safe harbour” provision is being drawn up in Malaysia, and the same kind of immunity may later be found here.

Dipendra also says that what is posted on cyberspace stays there forever.

“Something that you said 10 years ago on a website may resurface, and you may have no recollection of even writing it.”

While existing Malaysian law appears to cover cases of wayward online behaviour at the moment, there are some who feel that there is a need for the law to be reformed.

Sonya Liew of the Bar Council explains that the world is currently undergoing both a revolution and evolution at the moment.

“Just like how there was the industrial revolution before, now we are having an information revolution,” she says.

She explains that during the agrarian age, laws were formed to protect the land, and during the industrial age, to protect intellectual property with laws regarding copyright and trademarks, for example.

“Laws regarding sedition and secrets were passed many years ago, before the information revolution. But now, society has evolved beyond this,” she says, adding that the people’s expectations regarding the right to information have evolved – together with technological advances.

“The whole world now has information at its fingertips, and if you withhold information, people start to question the lack of access to it.

“People expect information, and the question is if existing laws are sufficient to provide for the needs of a modern society,” says Liew.

She notes that signs of this can be seen in the increasing call for freedom of expression and the right to information.

“Later, we will hear of even more rights that we have not even heard of before, and it may even eat into the right to privacy,” she says, explaining that this may arise as people may want to know more about government officers’ or politicians’ lifestyle – in order to reduce graft.

“Laws exist to serve society, and society does not serve the law. We have this need now, and the question is if the Government is doing enough to provide for this need,” says Liew.

Any significant legal reform on the use of the Internet is not yet on the horizon, and until then, social networkers and bloggers should be vigilant on their online behaviour.

“People should behave the same way online as they would in real life. If they do not shout and curse in public, then their behaviour should remain the same online. They should not wear a different hat in cyberspace,” says Law.

Foong succinctly describes the appropriate online behaviour with a biblical quotation – which is still as relevant today as it was 2,000 years after it was uttered.

“Do unto others as you would have them do unto you,” quotes Foong.